The three designs were introduced to replace the 2009 family of three large hanging lights called The Baskets of Knowledge, which were based on a Maori creation myth. These were largely built from plastic and were pulled from our range in 2019 because of the company’s pledge to eliminate the use of plastic wherever possible.

The Baskets of Light are built from Finnish birch plywood which is so thin that it lets the light through. This is a sustainably managed resource which is converted to ply with minimal waste. The designs use a tiny amount of wood for maximum e­ect.

They are shipped as kitset, rolled up into a tube and assembled by the buyer with little nylon push-in clips. There are three di­erent designs in the lower part which throw distinctive shadow patterns on the ground and walls. The luminaire is a simple E26/27 bulb holder. 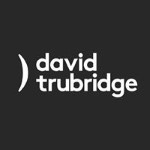